by
Charles Hoffman
Learn about 3 of the most popular hardware vocal compressors on the market and discover recommended vocal compression settings. 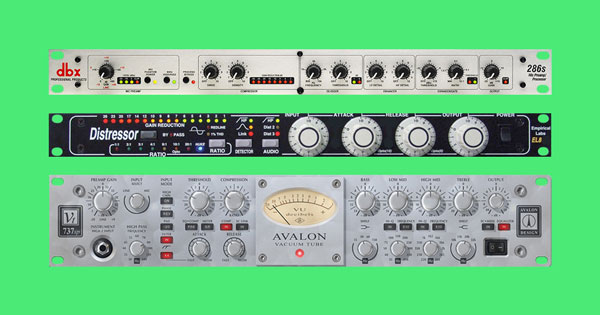 Recording vocals through a hardware compressor can significantly speed up the production process by reducing the amount of compression you need to apply in-the-box, resulting in a reduced load on your computer's CPU.

On top of this, when your performer can hear a compressed version of their vocals, they’ll have a more accurate idea of how the final product will sound—this lets them optimize their performance accordingly in real-time.

In this article, you'll learn how to record vocals through a hardware compressor. We'll take a look at three popular hardware vocal compressors and then dive into some recommended vocal compression settings.

The Downside of “Working the Mic”

Many vocalists will move closer to the mic during quiet passages, in which they may be whispering, and step back during loud passages, such as when they’re belting a chorus—this is referred to as “working the mic.” Working the mic can help smooth out the level of recordings naturally, but there’s a potential issue associated with doing this.

The proximity effect provides a number of stylistic recording options. Although, if you don’t want your recordings to contain the tone associated with moving closer to, or further away from the mic, tracking through a compressor may be a better option.

You can get your vocalist to stand a set distance from the microphone to capture a consistent tone, and then hit their vocals with a compressor during loud segments to even out the signal level.

Tracking vocals in this way is high-risk if you’re new to the concept of compression, due to the fact that if you use inappropriate compression settings, the processing gets baked into your recordings—there’s no going back. However, if you dial in your compressor’s settings effectively, and choose a compressor well-suited to the type of vocals you're recording, you’ll reap the benefits of tracking through a compressor and save yourself a lot of tedious mixing work.

When tracking vocals through a standalone hardware compressor, you need to connect your microphone to a mic preamp—this lets you to boost the mic signal produced by the microphone to line level. Once a signal has been boosted to line level, it will be strong enough to drive the line input of a hardware compressor, breach the compressor’s threshold level, and trigger compression. You can then record the compressed signal through a line input on your audio interface.

Many channel strips that contain a compressor have a built-in mic preamp, in which case, you don’t need to make use of a standalone mic preamp—all you need to do is connect your microphone directly to the mic input of the channel strip.

To increase signal routing flexibility, I recommend that you make use of a patch bay. If you own multiple mic preamps and compressors, a patch bay is essential because it lets you quickly create new signal routings using patch cables. In the following video, I explain the benefits of routing signals through a patch bay, and demonstrate how to set up and use a patch bay.

Most home studio owners aren’t working with the same type of budget as commercial studio owners. This doesn’t mean that home studio owners need to forgo using hardware processing gear entirely, in favor of plugins, but it does mean they need to be more selective with the hardware they choose to add to their studio. Let's take a look at three popular hardware vocal compressors at various price points.

Hardware compressors tend to cost an arm and a leg, but the dbx 286s Channel Strip provides four essential vocal processing features at a very affordable price. It includes a mic preamp with +48V phantom power and an 80Hz high-pass filter, a compressor, de-esser, enhancer (EQ), and expander/gate.

I prefer to remove noise in-the-box when processing studio vocals, so I only use this channel strip's gate in live contexts, such as when streaming. Regardless of that, the 286s is the perfect vocal processing toolkit—it delivers all the basic processing that you need. At $219, this device is hands-down one of the best hardware vocal processing units within this price range.

In the following video, I demonstrate how to dial in each of the dbx 286s's settings for vocal processing—before and after audio examples are included!

The first heavy-duty hardware compressor that many people add to their studio is Empirical Labs’ EL8 Distressor Compressor/Limiter, due to the versatility that it provides. It can deliver the speed of a VCA, the personality of an FET, the warmth of an optical, or the coloration of a tube compressor—depending on the settings you use. This compressor lets you dial in compression settings to a much finer degree than the dbx 286s.

While the Distressor is an absolute workhorse, capable of tackling many different compression tasks, it’s important to note that it's is purely a compressor—it doesn’t include a built-in preamp, EQ, etc. To some degree, the $1,450 price point reflects this, making the Distressor relatively affordable compared to other top-end hardware compressors.

At $2,965, this compressor rings in at twice the price of the Distressor, but it arguably delivers over twice the functionality. The unit includes a preamp, compressor, and EQ, providing you with significant tone-shaping abilities. Compared to the dbx 286s, the Avalon's compressor and EQ provide a much more precise level of control.

Generally, the Avalon VT-737sp imparts a “glossy” character on vocals, instantly providing them with a polished “radio-quality” sound. When I’m looking for a slightly more natural character, I reach for the Avalon as opposed to the Distressor. However, when aggressive vocal compression is called for, the Distressor is my go-to choice.

There are plenty of other hardware compressors out there that you can use to compress vocals, but the dbx 286s, Distressor, and Avalon VT-737sp are my top recommendations.

In my article titled “4 Types of Audio Compressors You Need to Know About,” I explain the difference between VCA compressors, optical compressors, FET compressors, and tube compressors. You can use this information to make more well-informed mixing decisions when compressing vocals.

You’re likely used to dialing in the threshold, attack, release, and ratio settings found on many plugin compressors, but a compressor like the Universal Audio Teletronix LA-2A only provides you with a Gain knob, Peak Reduction knob, and Compress(3:1 ratio)/Limit(100:1 ratio) switch.

Many VCA compressors provide you with the typical compression settings that you’re used to (ratio, attack (ms), release (ms), threshold), so I can at least provide you with a starting point recommendation. To compress vocals, you generally want to use a fast attack time (around 10-20ms) and release time (around 50ms) to catch transients, and a ratio somewhere in the neighborhood of 2:1 to 4:1.

Take these vocal compression settings with a grain of salt. Something as simple as whether a compressor uses a feed-forward or feedback design can affect the sound of compression applied.

For example, the API 2500+ Stereo Bus Compressor lets you toggle between a feed-forward and feedback mode. The device responds faster to transients in feed-forward mode, even if you haven’t touched the attack setting.

Many people are of the opinion that you shouldn’t compress vocals too heavily on the way into your DAW so they’ll apply 2-4 dB of gain reduction on the way in. The mindset here is that you don’t want to over-compress your vocal recordings, and that it’s better to be safe than sorry. As a beginner, this isn’t such a bad idea.

Although, if you trust yourself to dial in your compressor’s settings appropriately, and you aren’t afraid of commitment, you can hit your vocals with anywhere from 8-12 dB of compression—assuming the material calls for it. When I record pop and rap vocals, which often require a fair bit of compression, I’ll be quite heavy-handed with the compression I apply.

This latter method can either save you a lot of mixing work, or completely mangle your recordings. Trying to fix a vocal that has been compressed inappropriately is a disaster. If compression is a concept that you’re still coming to terms with, you may be better off applying compression in-the-box, even if it adds to your mixing time.

Many hardware compressors include a user manual containing recommended compression settings that you can find online. Whether you’re attempting to compress vocals, bass, electric guitar, acoustic guitar, piano/keys, or drums, the settings recommend by the compressor’s user manual are a good place to start. Once you become familiar with the sound of the compressor, you won’t need to rely on these recommendations as much.

Using UAD plugins and a Universal Audio interface, you can bake processing into your recordings on the way into your DAW, and direct monitor a vocal performance with compression applied in real-time—this means that using a hardware compressor isn’t your only option.

So why bother using a hardware compressor at all? Well, sometimes you won’t be able to find an emulation of a certain piece of gear, or the emulation you do find may not accurately reproduce the sound of the original unit. Perhaps the leading reason that people decide to invest in a hardware compressor is that it delivers a fun, unique, and tactile mixing experience!

Don't forget to share this post!
<
Best Black Friday 2020 Deals For Music Producers
4 Types of Audio Compressors You Need to Know About
>

How to Build a DIY Vocal Booth for Under $85

How to Apply Pitch Correction to Vocals 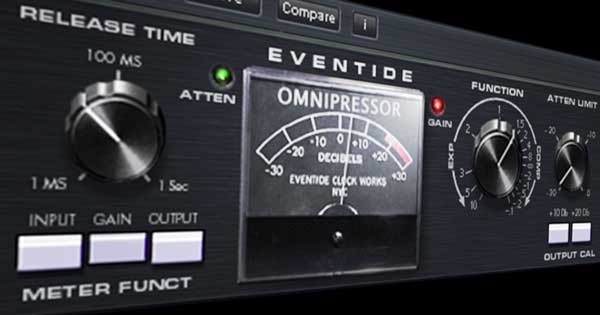 Charles Hoffman
When to Use Compression in Your Mix (3 Situations)
Learn how to use compression to tame transients, highlight transients, and create space in your mix.
Read Article 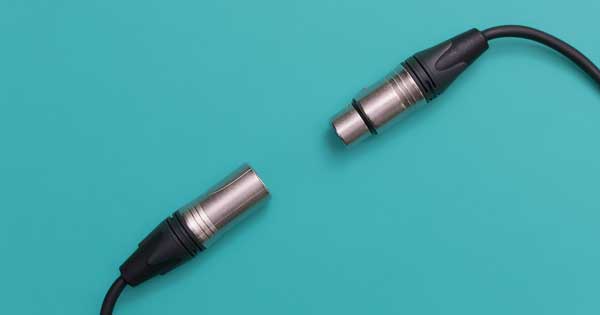 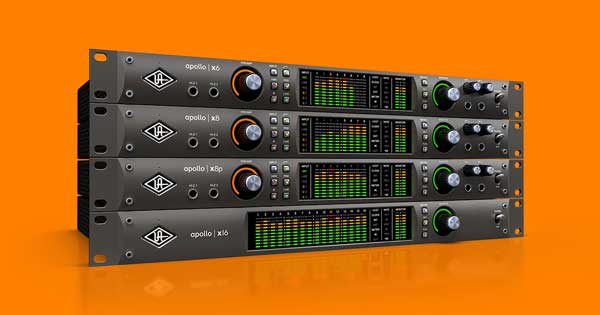