by
Charles Hoffman
Learn how to successfully work with other music producers using 4 simple collaboration strategies. 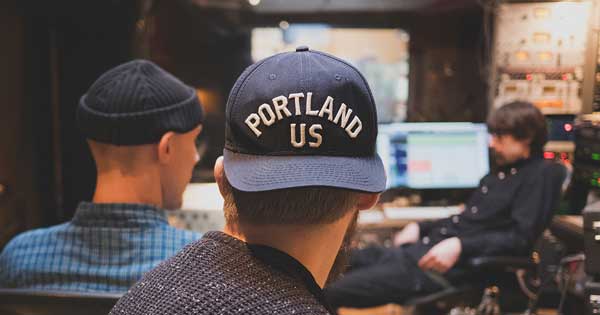 Most people learn how to produce music on their own, locked away in the confines of their room. Since the majority of music can be produced on a laptop, you don’t necessarily need other people involved to create outstanding songs. For many reasons, this is extremely convenient, but what happens if you decide you’d like to collaborate with other music producers?

Collaborating with other artists and producers is a great way to network, develop as a producer, and share your knowledge with other people. If you find the right producer, the two of you may happen to work really well together and be capable of producing top-notch tunes. There are plenty of reasons to work with other producers, and this article is going to cover 4 tips to collaborate effectively with them.

Whether you’re planning to work with another music producer in person, or remotely, there are a couple things you’ll want to take into consideration before deciding who to partner up with. Does this producer bring a unique skill set to the table? They could specialize in a different genre, play a particular instrument, or they may be extremely tech savvy and capable of producing high quality masters. If they have nothing of value to offer, it’s probably not worth investing your time in them.

Approaching this from the opposite perspective, do you have anything to offer other producers? Suppose you message someone online and tell them you want to collaborate on a track. Why do they want to work with you? Maybe you can lay down an awesome guitar solo on a track they’re currently writing, or perhaps you can get the collab placed on a huge Spotify playlist if they work with you. When you reach out to another artist, it’s ok to be upfront about what you can do for them; this will help get them interested in working with you.

I recommend that you contact other producers at a similar level in their production career as yourself. It’s not uncommon for newer producers to be disgruntled that the more experienced producers in their city don’t want to work with them. I understand how frustrating this can be, but when you stick someone who’s been producing for 6 months in a room with someone who has been producing music for 6 years, it often ends up turning into a one-on-one lesson, rather than a collaborative songwriting effort.

In a big city, you’ll probably have no trouble finding someone willing to work with you. However, if you live in a small town, you may be the only person producing music. In this case, the internet is your friend and you should use it to its full potential. To learn more about networking locally, as well as online, check out “How to Network in the Music Industry.”

2. Decide on a Direction for the Project

One of the things I was taught when I went to school for music production was that you should create music freely and not worry about the results. This is also one of the few things that I vehemently opposed because it’s completely counterproductive if you’re trying to create music with a purpose. Setting a clear songwriting goal helps avoid churning out music that sounds like how a three-year-old’s finger painting would look; lacking identity and a clear direction.

If you’re contracted to work with another producer to create a love song for a record, then you absolutely need to establish how this track is going to come together. Do you have reference tracks? Are you working with a vocalist? What genre will the love song fall under? Is it going to be a happy song, or a sad song? These are the types of questions you need to ask. Once you come to a conclusion, it becomes possible for you and the producer you're working with to work towards a common goal.

Even if you’re one of those people who “doesn’t subscribe to a genre,” you need to be able to articulate your interests to the person you’re working with. I once had a potential client approach me and ask if I could produce a track for them. I said I’d be happy to, but when asked about the type of song they were interested in creating, all they could say was something along the lines of “I want to create a song that transcends genres and is nothing like anyone’s ever heard before.” Needless to say, the project never got started because the client couldn’t communicate what they were looking for in any tangible terms, and I wasn’t willing to work on something with no definitive goal

It’s critical that you set a goal when working with others; this will allow you to call a project to an end. For passion projects, you don’t necessarily need an end-goal, since these types of endeavours are regularly just a voluntary contribution of your time. Although, when billable hours are involved, it’s in everyone’s best interest to have an idea of where the project is going to end up, and how long it’s going to take.

3. Set Up a File Sharing System

Once you’ve found the right producer and decided upon a direction for your song, you need to figure out how you’re going to go about actually working together. You start a track in your digital audio workstation (DAW), and now what? How do you send this other producer the project? Do you email it to them? Are they even using the same DAW as you?

Let’s cover the best case scenario first and assume that both of you are writing music with the same DAW. Splice Studio allows you to automatically back up all the DAW sessions on your computer to Splice’s cloud storage, which gives people who you add to the project the ability to open your project on their computer. Once they’ve contributed to the project and saved their work, it's uploaded to the cloud as a new version of the project.

Splice is great because it allows you to refer back to older versions of project sessions if the person you’re working with takes the track in a direction that you don’t like, or if you veer off course yourself. Even if you aren’t working with anyone, Splice is a great way to back up all of your projects online for free.

Now, let’s assume that the two of your are using different DAWs. You’re going to have to bounce each other stems, which is slightly tedious, but not the end of the world. It’s the size of these files that will present an issue and make emailing them to your colleague an issue. Two of the most common workarounds include saving your files to a cloud storage service like Dropbox or Google Drive, and then sharing the download link with the person you’re collaborating with. The alternative option is to use WeTransfer to send them files up to 2 GB in size for free.

Most DAWs have an option on the export screen that allows you to bounce individual tracks, as opposed to the master track. When you do this, make sure that you bypass processing like sidechain compression so that the person you’re working with can freely cut and rearrange audio files. If you bounce a bass stem that's ducking when the kick hits, the person you're working with will be able to rearrange the kicks, but the bass will now duck at inappropriate times.

The only problem that working with stems presents is that you won’t be able to edit MIDI arrangements. You can still cut and transpose audio clips, but this can be tedious. If you live in the same city as the person you’re collaborating with, meeting up with them will allow the two of you to construct a song together within the same session, and bypass the challenges of working with stems.

I’ve found that some people are more comfortable with having you send them a half-finished project that they can hammer away at on their own, while other people thrive working face-to-face with you on projects. From my experience, it’s primarily musicians who are most comfortable working in the same room as others. There tends to be much more spontaneous musicality that occurs, as opposed to working with someone who approaches music from a programming perspective; computer-based musicians may offer a lot in terms of synthesis and sound design though. Neither method of creating music is necessarily better than the other; you just end up with different results.

A contract provides both you and your collaborator legal protection. It’s like getting into a car and putting on a seat belt. Hopefully the collaboration runs smoothly, but shit happens, so it’s best to prepare for it. Preparing a contract puts expectations into writing, so that both parties are aware of the terms. I recommend you get a lawyer to draft up a contract for you, but even creating a royalty agreement on a website like Rocket Lawyer can be of assistance.

It’s always a little awkward bringing up the topic of signing a contract inside a studio session, so it’s best to send an email about this ahead of time. If you can email the manager of the producer you plan to work with that’s even better. Get the legalities out of the way before you start working on a project.

You don’t need to draft up the most intense contract, but having something is much better than nothing. The last thing you want is some hot shot producer telling you you’re only getting 10% of the streaming royalties on a track, after you’ve written it, because they have more clout than you and can market the song to more people. You should know their intentions ahead of time, have them in writing, and be able to make the decision to work with them after the fact.

Another thing you should discuss is how each of you plan to go about promoting the release of the song you’re writing, if at all. What’s your marketing plan? What’s your marketing budget? If you spend $200 marketing a track, and the other producer doesn’t spend a dime, is $100 of their royalty check going to you to compensate for that? Get it in writing.

Be consistent with your decision to only work with contracts in place, make them a regular part of your collaboration process, and casually mention them to the artist you’re working with ahead of time. This will help set expectations and ensure that everyone involved with the project walks away fairly compensated.

Don't forget to share this post!
<
4 Tips to Create Powerful Basslines
7 Tips to Cut Your Mixing Time in Half
>

4 of the Best Plugins for Producing Metal 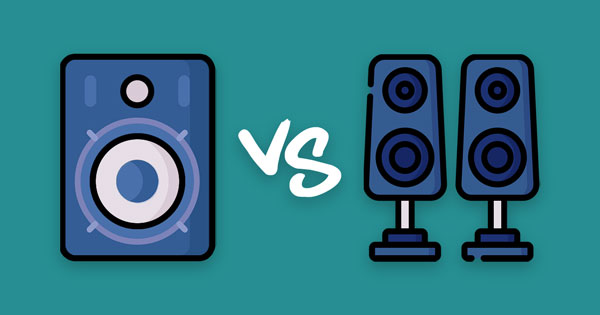 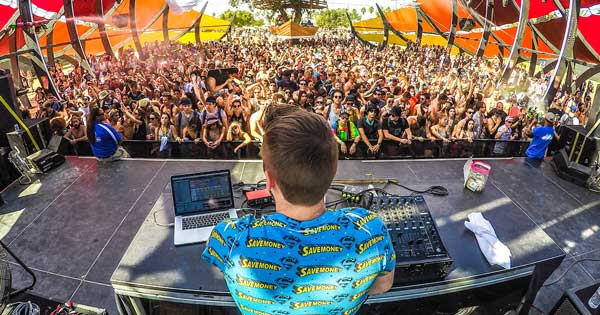 Charles Hoffman
How to Plan Your First Tour as a DJ/Producer
Learn how you to organize your first soft ticket sales tour as a DJ/producer. No fan base required.
Read Article 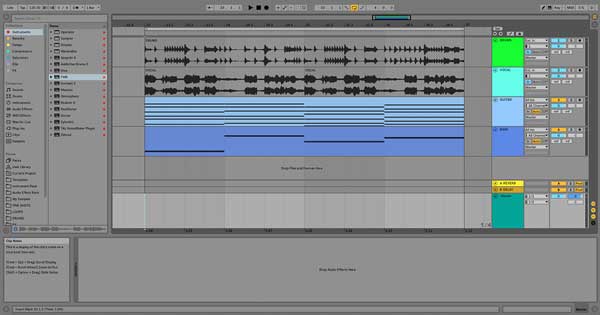