How Does Hearing Work? The Process of Hearing Explained

by
Charles Hoffman
Learn how hearing works by exploring the structure of the outer, middle, and inner ear. 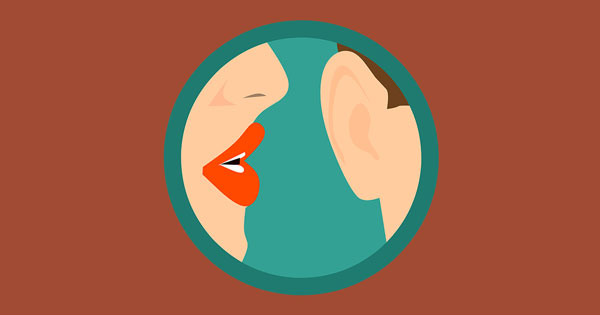 The sense of hearing, otherwise known as audition, allows people to interpret the frequency, amplitude, timbre, and origin of sound waves. A sound wave is essentially moving air, but sound is capable of traveling through many other mediums such as water, metal, concrete, etc. Contrary to what you may think, hearing is a purely physical process. Sound requires a physical medium to travel through to reach your ear. There’s no sound in space because there’s no air or other physical medium for sound waves to move through.

Sound waves are produced by a sound source that displaces the medium surrounding it; this creates a wavefront of compression and rarefaction that moves outwards. A sound source could be something as simple as someone clapping their hands and displacing the air between their hands, or a bomb exploding underwater. Musical instruments, like guitars, have strings that vibrate to displace the air around them.

The amplitude, or height, of a sound wave, dictates it’s intensity. Amplitudes of greater value result in a more intense sound. The gain control on your audio interface allows you to control the intensity of your output signal. A decibel (dB) is the unit of measurement used to describe amplitude intensity.

People perceive the amplitude of some frequencies different than others. Lower frequencies tend to sound quieter than higher frequencies, even if they’re resonating at the same amplitude level. Additionally, humans are especially sensitive to frequencies ranging from 2000 to 5000 Hz; people developed a sensitivity to these frequencies over time because the human voice is most intelligible within this frequency range.

Timbre, or purity, is used to describe the character or quality of a sound; this is distinct from the frequency and amplitude of a sound. A guitar string resonating at 1396.51 Hz is going to sound significantly different than a vocalist’s vocal cords resonating at 1396.51 Hz. Timbre is described using adjectives, as opposed to numerical values. For example, a sound can be described as warm, gritty, round, airy, etc.

Your ears are capable of locating the origin of a sound by taking advantage of the difference in time that it takes for a sound wave to reach each one of your ears. A sound wave that originates in front of you will reach both of your ears at the same time, while a sound wave that originates to the left side of you will reach your left ear first, and your right ear shortly afterward. Your brain is capable of making sense of this delay in perception, and can locate the origin of the sound source. Hearing loss can affect your ability to locate the origin of sound waves. If you were completely deaf in one ear, sound localization would become extremely difficult, and you’d need to rely on visual cues to assist you with this task.

The 3 Sections of the Human Ear

Your ear consists of three parts; the outer ear, middle ear, and inner ear. They work together to transform sound waves into impulses that your brain is capable of comprehending.

The outer ear has a large surface area that captures sound waves and funnels them down the ear canal. The visible part of the human ear is called the auricle, or pinna, and consists of many parts.

Sound waves make their way down the ear canal and vibrate the eardrum (tympanic membrane). As the eardrum vibrates, it causes three bones to move which include the hammer (malleus), anvil (incus), and stirrup (stapes); collectively known as the ossicles. The hammer strikes the anvil, which hits the stirrup, which is connected to the oval window; this chain reaction amplifies the sound wave.

The oval window sets the fluid housed within the cochlea in motion and connects the middle ear to the inner ear. The moving fluid within the cochlea sets the basilar membrane in motion. On top of the basilar membrane rests the organ of Corti, which contains thousands of tiny receptor cells. Each receptor cell is topped with a bundle of hair fibers.

As the basilar membrane moves, it causes the fibers to bend, which stimulates the receptor cells to send a signal through the nerve endings. These nerve endings join together to form the auditory nerve; this nerve sends impulses to the temporal lobe within the brain which interprets the impulses as sound.

There’s some controversy over how we hear tones or pitches, and there are currently two theories that attempt to explain this. Place theory proposes that hair cells located at different places on the organ of Corti transmit information about different pitches, and frequency theory suggests that we perceive pitch according to how rapidly the basilar membrane vibrates. There’s evidence to support both arguments, but it’s currently unclear which theory (if either) is correct.

Don't forget to share this post!
<
12 of the Best Music Production RSS Feeds
6 of the Best EQ Plugins on the Market
> 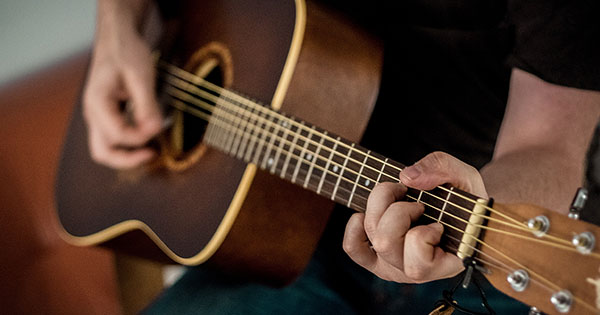 Charles Hoffman
How to Record Yourself Playing Guitar
Record yourself playing acoustic or electric guitar at home in 6 steps.
Read Article 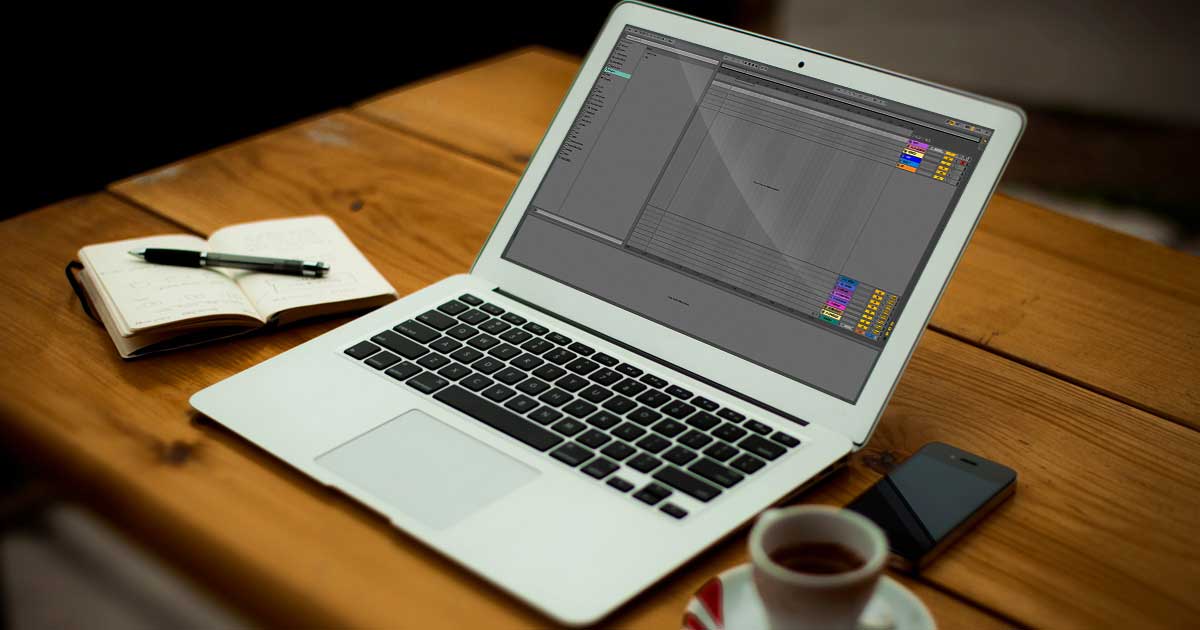 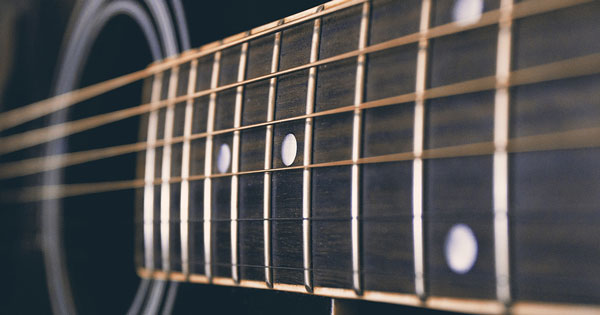